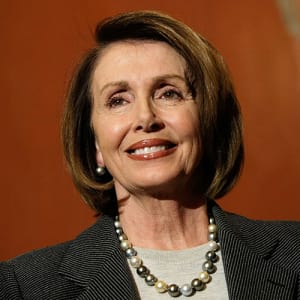 Nancy Pelosi capped her unlikely comeback this past week surrounded by children. The California Democrat was elected, once again, the Speaker of the United States House of Representatives, and become the most powerful woman in American history.

“That’s funny, isn’t it?” she laughed. “Sadly, I was hoping that we would have an American woman president just two years ago.”

“Well, the Speaker has awesome power. But if the President of the United States is against governance and doesn’t care whether people’s needs are met or that public employees are paid or that we can have a legitimate discussion, then we have a problem, and we have to take it to the American people,” she replied.

Here’s the link for more details: